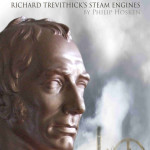 Many history books are inclined to cater for the fabled creations of our heroes rather than the facts. For this reason a good deal of what we know about Richard Trevithick is based on his adventures and eccentricities.

Much of that is initially found in the biography written by his son, Francis. Well aware that Trevithick had not received the acclaim he deserved for his invention of the engine that powered most of the Industrial and all the Transport Revolutions, he created a swash buckling figure around his father’s 6’2″ frame that did not match his personality or endeavours. To that the Victorian romantics added the mythology that is favoured to this day.

By exploring the contemporary history of Richard Trevithick, Philip Hosken has swept away much of the folklore that would have astounded the inventor. He has revealed a man dedicated to the success and development of the horseless carriage. The compact engine Trevithick designed was immediately seen by industrials as the power source they had been seeking for a thousand years. Based on his original research in the ‘Oblivion of Trevithick’ Hosken has explored the facts surrounding Trevithick’s endeavour and the skulduggery that denied him the credit he deserved.

The Trevithick Society is a Registered Charity that has studied and shared Cornwall’s remarkable mining and industrial history for the past 78 years.
Its research has revealed the astonishing facts about life and work in what was the richest mining area in the world prior to the international gold
rushes.