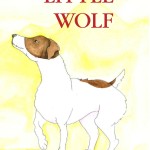 The second in the Blueskin series reveals the Lore of Cats. Blueskin meets Little Wolf, a terrier, and together they trek across Califonia to save the City of the Cats from thieves. They are helped by Wynimi, a Washoe child, make friends with three horses, discover things about themselves they never knew and find the fabled city hidden in a valley between the mountains. There they fight to preserve its secret and Blueskin learns thinks about himself than he never thought possible.

It was a hot Thursday morning in July 1743, a few days walk inland from the Californian coast. A land fabled to hold so much gold you couldn’t find it all
in three lifetimes. There were still:

Hundreds of fabulous, secret places to be discovered in the world.

Flocks of carrier pigeons so countless they took three days to pass across the American sky.

Millions of buffalo roaming the plains.

Hundreds of thousands of American Indians who didn’t know what a television was.

Clean oceans, unclimbed mountains, undiscovered islands and, in the middle of it all, one blue cat.

The cat’s name was Blueskin. A cat who didn’t care for gold as he had no use for it, even though he had more than three lifetimes to go looking.
Unknown to him he was about to meet a ‘terriertorial’ terrier who went by the name of Little Wolf. The idea of meeting a dog was far from Blueskin’s mind as he made his way through California with his tail flicking away the flies, his paws warmed by the soft soil under the short grass.

He rubbed himself along the ground to get rid of the biting midges. They tasted like feet smell. Not that, as a cat, he wasn’t used to strange smells. The
number of things he could smell made his head spin and caused not a few sneezes, one or two grimaces and one cough that turned into a spit and a plaintiff meow. That had been the smell of a lizard’s breath after it had eaten more midges than was good for anyone’s breakfast. Blueskin was thirsty. Trailblazing across America was hot work.

He heard the high but strong bark of a Jack Russell terrier. He immediately knew it had one brown ear, one brown eye, weighed in at fifteen pounds three
ounces and needed to have its claws cut. He didn’t tell this from her bark. The bark just made him jump, raise all the hairs on his back and spit very quickly, which was actually pretty much how he reacted when he was attacked from the side even before he had been reincarnated as a cat. No, he knew all this because he just glimpsed the dog bounding towards him across the rocks, her tongue slightly hanging out and her eyes shining like pure, brown gemstones, before she slammed into his side, stuck her wet nose into his left eye, stopped and said,

He gave Blueskin a slice of fresh, uncooked fish. Steering the canoe with a single oar the powerful Frenchman took them swiftly down river to the
towns Little Wolf had spoken about. Claude sang as they went and Blueskin, warmed by the sun, curled up on the furs and watched half asleep as the fish
flashed silver in the water. The motion of the canoe on the fast but calm water lapped at his thoughts.

He slept remembering the warnings of the medicine man that death stalked all those who sought for the City of the Cats and to beware, for
the New World would have many unexpected traps put in place to stop him.

Then he snored a little and woke himself up to see Little Wolf eating the head of a fish and Claude spitting the tobacco he had chewed into the river
while farting.
My kind of people, he thought.