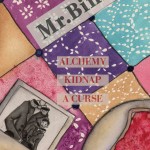 Elizabeth seemed like an ordinary old lady but the children had no idea she was on the run. Nor that she was on the run from an alchemist who died 500 years ago. And if that wasn’t surprise enough when they found out her grandfather had been a music hall ventriloquist and his dummy Mr. Binks held the secret to eternal life their lives changed. With danger at every turn the children decide to try to save Elizabeth but the spell they cast captures them in its grasp and will not let them go. 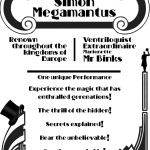