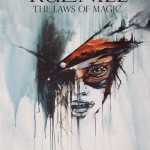 Crilodach’s selfishness is legendary. Its desire to rule all life has been the cause of every war and every fight for freedom ever known. Now, in the last three days of the universe, the struggles of the great magicians against It, join forces with a spellmaker, the brilliance of the bears, a cloned human child, the mutated Arvernat, the three dragon brothers and a poet to ensure life in the new universe after the Big Bang will have the chance to be free. But will the laws of magic enable them to outmanoeuvre Crilodach, the first and unconquerable sentient being? 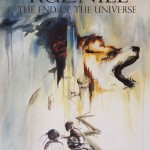 The great battle between universes, fought across all time, finds a precious few standing against Crilodach. The success or failure of the strategy of the Sangyma rest upon their final, high resolve. Trecrogo holds firm with a secret purpose yet to be activated. Mojolo stands proud. The cockroach army are preparing for battle. The dragon brothers are bringing a Sagitæ to Zaqui. But Crilodach has Its own surprises and, as space collapses, It becomes even more deadly, ever more focussed and every second more determined. Brilliantly illustrated by Jennika Bastian, this fantasy will change childhood forever.

Jiofra – Follow Sanjava the magician and Mojolo his friend as they test a new, young magician and fall into a trap.

The Legend of Kalevala – There have been many spellmakers, those who can create new spells, but the dog Kalevala was the first.

Copret’s Mother – The Bears are one of the five noble races and among them Hiesia and her son, Copret are held in high esteem.

The Dragons’ Call – How the dragons joined in the war against Crilodach and became solitary wanderers.