The Loom of Crime 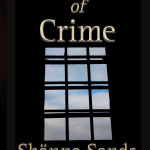 An orthodox Jewish immigrant family from Russia. A settled Jewish immigrant family of market vendors originally from Spain. Lives that converge. A country that does not recognise their rules. A sadness so deep it becomes a tragedy. A young man is branded a criminal for trying to feed his parents and a young woman falls in a love that will never bring her happiness. A book about women, passion, tradition, and family. Shänne Sands brings to life two families and their struggles with love, war, injustice and crime.