The Other Side Of Eden 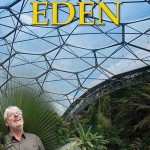 Jonathan Ball was born in Bude, Cornwall, in June 1947. After qualifying at the Architectural Association, London, he set up practice in his home town in 1974. In 1992 he was appointed MBE for Services to Architecture. In 1994 he was approached by Tim Smit with an idea to create the largest greenhouses on planet Earth to tell the story of the great plant hunters. Smit and Ball took huge personal risks as co-founders of the innovative architectural and environmental vision that became the internationally acclaimed Eden Project. Ball was removed from Eden against his will. Without due recompense he lost his architectural practice. Three high profile appearances in the Royal Courts of Justice over four years followed to save his name, his family home and his professional reputation. This is the story of one man’s unflinching resolve and success in righting a public wrong, of a Cornishman looking to the glory of his nation and finding that enthusiasm, brilliant ideas and promises are not always enough.

This story, of the extraordinary events which were part of the evolution of the Eden Project, reads like a legal thriller, and it will keep your attention to the end. It has been held back for many years to ensure that, with the passing of time, no harm can come to the Project, which does so much for Cornwall.